Extracts from our GUEST BOOK
TELEPATHY 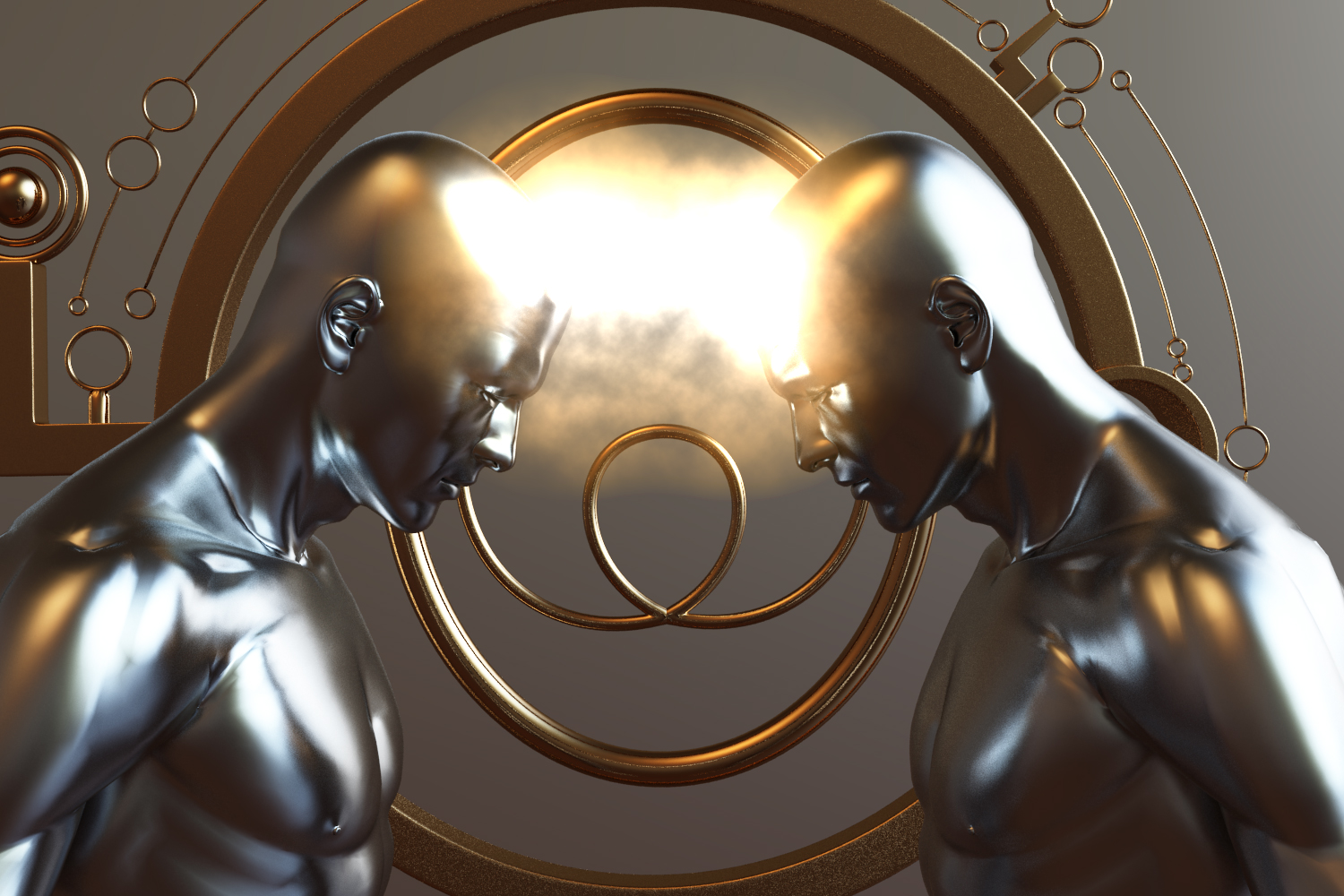 I was watching the course (in video) of the complete training 82th level that I love and that I watched at least 3 times to integrate your explanations (the inverse law) and the method to apply it.
Anyway, while I was watching the video, involuntarily, my mind started to think about a loan I gave to my wife last month.
In my head, I was thinking “when is she going to pay me back this amount? ». And bim, a second later she calls me on my phone to tell me that she just made a transfer for this amount to pay off her debt (the loan).
This confirms that my thinking is starting to get denser and that the thinking power is real.
When I start to think about something, the reaction is immediate; it’s due to the training.
It is a great pleasure to share my experiences through Phosphenism because I have a lot of ones.

I have been able to improve the quality of my relationship with a close person by regularly putting them in a phosphene when communication had been tense, to say the least, for several years. I also noticed a clear improvement in my intellectual capacities (clarity of mind, quality of memory and intuition) in addition to the quality of sleep.

Thanks to the practice of swings, I began to have a special communication with the people around me. Without receiving the question, I have the answer!
I am able to perceive the questions people ask me and answer them before they ask them.

Curiously enough, my wife (whom nothing seemed to prepare for this) sees not only vision (clairvoyance) but also hearing (clairaudience) develop very clearly, but all this happens only when lying down, without even being in half-sleep. Dictated sentences do not always have a practical comprehensible meaning but are often accompanied by numbers which sometimes have a connection with my work. There is a certain communication between our two psyches, but what happened ? Is it a transfer of clairvoyance to my wife ?

I own ‟The Initiation of Pietro” and it is thanks to that book that I have learnt the exercises of concentration on a point. (…) I feel I have a greater influence on others, principally through vision and thought. During the day, I often experience (or transmit) the same thought as another person (my wife, a colleague…). I could not say if I transmit that thought or if I receive it, but the frequency of this experience is incredible. Regarding the clearness of my thoughts, my memory, my capacity for decision, my confidence, I can say that they all are more distinct, more intense.

I have practiced the following experiment: I have focused on my lamp’s lightbulb for 30 seconds and I have mixed the image of a schoolmate who despises me, with the very clear phosphene I had obtained… I concentrated on him to try to send him the light of the phosphene. After three days of exercise, he came to see me and asked me what time it was. Then, we became good friends. There are approximately 7 to 15 schoolmates of mine who are interested by the phosphenes. I talk to them about it every day.

A few days ago, my mother was tired and had fallen asleep, a book in her hand. It was very late and I could hear through the door that she was unmistakably asleep. Above the closed door, I could see the light of her bedside lamp. I then had the idea to instill a great light in her head, to wake her up. I formed a phosphene, after focusing on a lamp for a few seconds. As soon as I switched the lamp off, the phosphene became a very shiny cloud, much like the third and final phase of the phosphene I usually get, though it appeared much quicker than usual. I had the feeling that it would be the ideal phase for practicing a telepathic transmission. I then projected that phosphene through the walls and the furniture, endeavoring to make it go down into my mother’s head. She awoke instantly, put the book aside and switched her bedside lamp off. I did not make any noise during the experiment, and she was not aware of it. I would like to try that experiment again, as I am now sure that it will succeed. As I thought, the experience took place while my mother was half asleep: the next day, she could not remember switching the lamp off. Congratulations for your work!

The first time, without really believing it in the beginning (because of my level), I realized that the rotations provoked light in subjects that were not aware of it (not warned beforehand). Following this first successful try, I tried this with a friend with whom I practiced meditation based on the theme of a tree and the root chakra. When she attained the maximum point of relaxation (a stable breathing rhythm at the slowest natural frequency), I projected a point of consciousness in a circular movement, passing between her frontal chakra and mine at a rhythm slightly slower than 2 seconds. After a short moment, she described the light she perceived at the level of her forehead This was a phenomenon she never experienced before. Of course I had not told her anything prior to the experience. Another person completely convinced of the power of Phosphenism.

From the beginning of my practice using the method, I have been able to verify (by chance) the influence of my thoughts on persons not informed beforehand. I was able to establish a telepathic link with my best friend (who is a skeptic and a fundamentalist Christian) and also with my brother. During a funeral that I attended with him, he could feel my point of concentration while I made it rotate above his crown chakra. Moreover, he said he perceived me in a rotating flame!

It is the end of the morning, I am working with a friend on the Ajna chakra. My friend is experiencing blending into the cosmos, with the loss of her ego and that was what I had suggested to her through thinking only, from my third eye to hers.

An experience of telepathy with the exercise of static tensions. During the fall, we decide to practice the following experiment: there are four of us, three phosphenists friends of mine in Montreux, Switzerland, send me a message while doing a phosphene. I live in Paris, roughly 550 kilometers away. At that very time, in my darkened bedroom, while I am doing a phosphene, I very clearly perceive the image of a human body in a horizontal position, of an intense green phosphorescent color, floating at half-height in the room. I am very surprised. Later, my three fellow-phosphenists told me that they did not try to transmit a thought, but that they tried to materialize themselves in my room by practicing the exercise of static tensions. I had thus perceived an astral body in my room, probably densified by the effect of the static tensions.

This afternoon, after relaxing with a music of a brainwave type + the rhythm of 1/6th of a second and superficial breathing… I visualized a sort of energy that, in 1 second, rises from my feet, goes through my whole body up to my head exiting it through my third eye… I practiced that for 50 minutes approximately. Before practicing the exercise alone in my room, I asked my girlfriend to write down a sequence of 4 numbers on a piece of paper, leaving it in the living room… I did not project myself out of my body (that was my goal), but I experienced pleasant sensations of waves flowing through my body and a few shivers… I then spontaneously saw numbers appearing in my visual chaos: 4, 2, 6 and a kind of 8 (though it had a hazy aspect)… I ‟woke up” and checked: the sequence was 8, 6, 4, 2.

The course was on Rainbow Mediation. During this meditation, I decide to do it through my double but by making an exchange on the chakras (by making an 8 between each of our chakras) with my darling who was … in Brisbane at the time (I live in Caledonia). It was wonderful, I was good, wonderful meditation, balancing and vibrant between us. The next day, I go to pick him up at the airport and he says to me: ” You will never guess what happened to me that night… I saw you!” And with colors etc. ” I smiled: I was not expecting even he sees, but to know that in addition he had lived as much as I find it delicious and full of hope : I like to think we could all heal conflicts like that at night.