Extracts from our GUEST BOOK
SPIRITUALITY 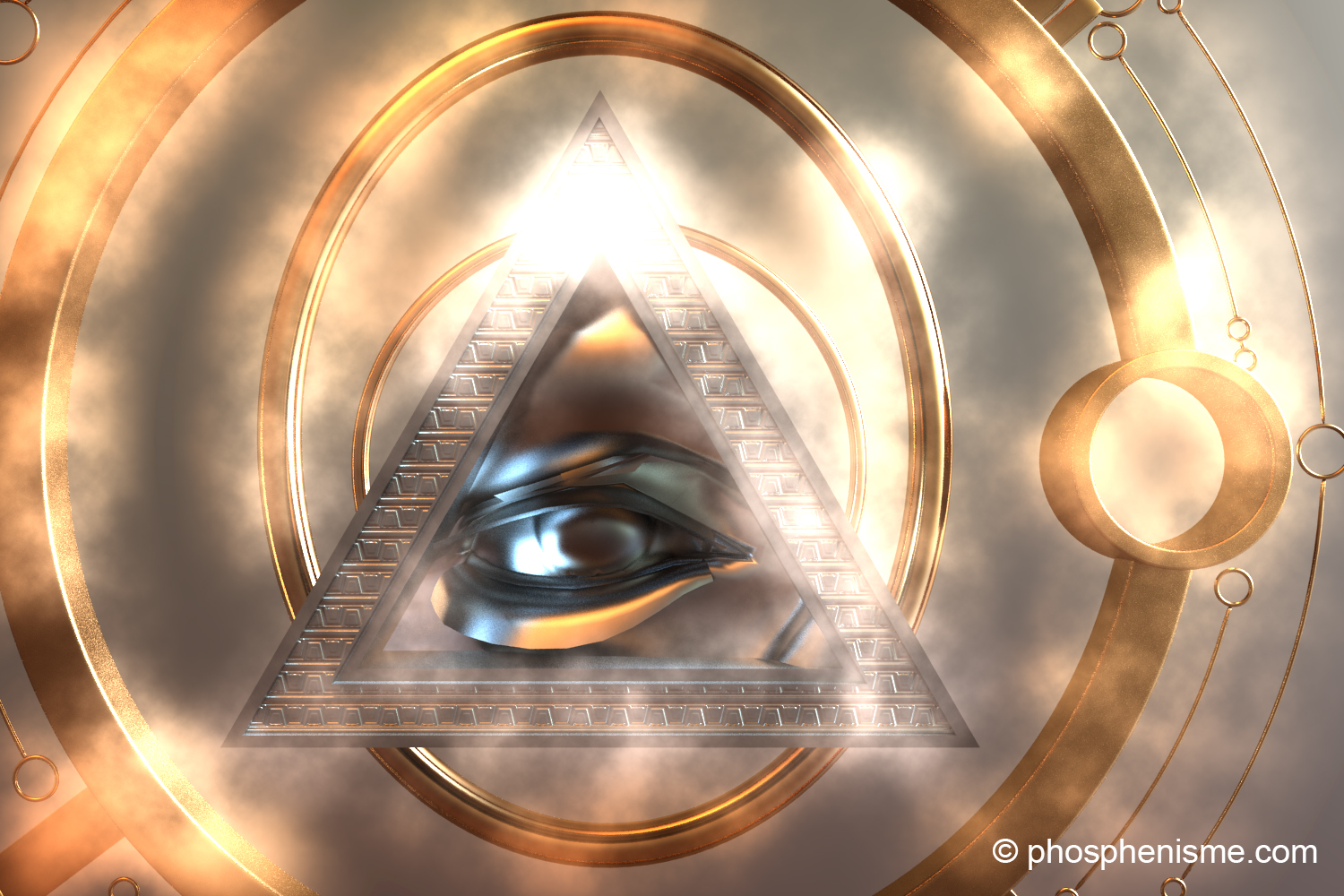 I have seen God.  As every evening for the past month and a half, I go to bed immediately after my session of meditation with the virtual Gyrascope. To my surprise, in the early hours of the morning, I was woken by an intense light which seemed to bathe my entire brain and my field of vision. This illumination was followed by an intense feeling of the notion of God. I understood, after having studied the works of Dr LEFEBURE, that all rhythmic thought using prayer, the recitation of a rosary, the recitation of a litany or a liturgy, etc., engenders neurological synchronizations which in turn provoke perceptions of supranormal light. But I had never expected a phenomenon of such intensity. It was something grandiose, mystic and spiritual at the same time. I have not become more religious for all that, as did André Frossard, Academician, author of the book God exists, I Have Met Him. On the other hand, the fact of having been in contact with the divine light, or God, allows me to approach my path in life from a completely different point of view. The rest is only vanity…A very big thank you to the creator of the virtual Gyrascope, and in particular Dr LEFEBURE.

The religious connotations connected to the Christian religious tradition, such as The Virgin Mary or Jesus Christ pose a real problem of sentimentality. This is probably the reason why there used to be such heated arguments in small villages lost in the countryside about who detained the truest and best images of the Virgin. With the school of Dr. LEFEBURE, the scientific orientation of initiatory techniques and phosphenes leads one’s interest to science in general and astronomy and the forces of nature in particular. For us, the symbolism of the father is the cosmos. The symbolism of the mother is the earth, nature and her different forces. I communed with the soul of the earth by working on the umbilical chakra. After a day of practicing sways and focusing on light sources, I perceived the image of a woman dressed in white in my field of consciousness. There are many references to the Virgin, but I believe it is only the personalization of the feminine force of the earth as it is understood by Tibetan yoga. For me, these beings of light are the representation of forces that exist around us such as wind, water, fire and earth. When I perceive these apparitions, I make an effort to think that I am ‟communicating” with ‟the soul of the earth” rather than with the Virgin as the historical mother of Christ, and whose importance needs to be put into place relative to the rest of the Gospels as: Dr Lefebure pointed out, ‟…one can see that this is a family like any other, with its tensions and problems. As during the Last Supper, Christ said: ‛Woman, what do we have in common you and I?’ because she had forgotten the wine on the table.” Mr Stiennon, I completely share your point of view. Religions are very archaic and if one is to have spiritual experiences, it is better to direct them towards the cosmos rather than towards deities.

What other absolute self-reference is there outside of God? After two months of practice, I started to perceive light during exercises with the Gyrascope. Its appearance takes several forms: – Depending on the quality of my concentration, I sometimes perceive an inner dazzling light that ‟veils” normal vision. – Very often ‟curls of phosphenes” appear outside of my field of vision and completely fill my mind. The colors range from an orangey red on the outside and pass through the nuances of the shades of the spectrum, finishing in the center with a most peaceful blue circle, similar to the blue of a phosphene created by the reflection of the sun on water. – Projections of light also appear randomly during the day. They are often accompanied by a feeling of peace or an extremely intense activity of the frontal chakra.

For more than four years now, the practice of Phosphenism has had its place in my everyday life. Every morning and evening, I go back with relish into these privileged moments when, alone with the light, I am listening to my soul, opening myself totally to the inner light that I feel growing and filling each cell of my body, as my eyes perceive the colors of the phosphene. During all these years, I have had many dreams, radiant with beauty and often prophetic; I have also realized many so-called mystical experiences. But, my most beautiful discovery is that I am Light moving INTO THE LIGHT.

During the course of continuous formation, while we were practicing the exercise of the initiatory chain, I heard the guides calling and I invoked Saint Therese. I then received a genuine rain of sparks. I felt flooded by light… That same evening, when I went to bed, I practiced an exercise of ocular convergence. Within a small ball of purple light, a tiny dot of light lit up and immediately exploded like fireworks. Again, I thought about Saint Therese and I felt the same intensity of light. I cannot describe the joy it brought me.

The first and most intense of my experiences: I had just watched a report on poverty in third world countries and the faces of these children who were forced into marriage taught me so much. In the evening, almost immediately after practicing a session of breathing exercises with the Gyropulsar, I felt much sadness within me. It increased until I started crying. I stopped the exercise and remained calm for a few minutes. Slowly, I then felt that the sadness was turning into joy. I started to smile, then laugh. I felt an indescribable joy and saw the 3D image of Jesus Christ appear; I became that Christ and received much love, a love that cannot be conveyed with words. Phosphenism is really powerful… Thanks.

One night, I was rolling in bed without being able to sleep. At some point, I opened my eyes and felt the presence of the Holy Virgin in front of me, translucent. I was very happy and expressed my joy by telepathy. I would like her to come back and talk to me, but that might be too much to ask.

I would like to explain why I believe Phosphenism is a reality and has a connection with religion. I am a practicing converted muslim. I have noticed that, when I practice prostration and I focus on the spot where my forehead touches the ground, I perceive a faint white or greenish patch (its brightness tends to increase with practice). It is only when I discovered Phosphenism that I understood the importance of such a practice, as it is at the moment when one invokes God to obtain what they desire that I see a phosphene appearing.

I have spent about 40 years studying various religious hermeticisms, and I can confirm the relationship between the various interpretations of the notion of God, divine light, and the famous diffuse glow described by Dr. Lefebure.