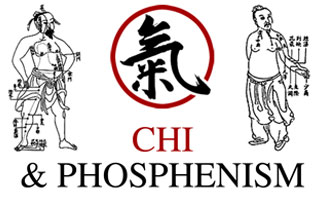 Qigong is an ancient traditional chinese gymnastics which purpose is to achieve control of the inner energy called Qi or chi (pronounced tchee). It is based on the following concept: the energy of the universe and the energy of human beings interact and combine themselves. It is possible to stimulate this energy and to make it circulate with movements, breathing and visualizations.

For the Chinese, all diseases are due to a block of the chi. Healing comes when the blocked energy circulates again. Stimulating the chi through the meridians, the search of the balance of the Yin and the Yang are the principles on which Chinese medicine and martial arts are based. Some writers assert that Qigong is the common ancestor of these practices.

Medical Qigong dates back to thousands of years BC. Forbidden in China during the cultural revolution, it became accessible again at the end of the 70s. In 1979, the first National Seminar of Scientific Research on Qigong takes place in Beijing and, the same year, the National Institute of Qigong is founded.

Studies conducted in the Kuangan Men Hospital in Beijing, China have showed the influence of Qigong on curing cancer. Though it cannot be substituted to chemotherapy, the practice of Qigong considerably increases the chances and the rate of recovery.

Though Qigong has unquestionable healing properties, it is its preventive effects that interest us here. By favoring the circulation of energy, Qigong prevents the formation of blocks thus allowing the preservation of health. The following properties are usually attributed to Qigong: more dynamism, flexibility and balance, a feeling of well-being and of calm, an increased power of concentration and a development of self-confidence.

All these effects are also attributed to the practice of Phosphenism, a method of personal development created by Doctor Francis Lefebure, a French physician and researcher. When two techniques lead to similar results, their combination creates an extra synergy. The practice of Phosphenism makes people more attentive to their inner sensations. It thus favors the awareness of one’s body, allowing faster progress. Moreover, thanks to the phosphenes, concentration on the exercise is improved as well as visualization. Phosphenic energy makes the session of Qigong much more dynamic and results come quickly. On the other hand, the practice of Qigong creates favorable conditions for the practice of Phosphenism.

The phosphenes are all the sensations of light that are not directly produced by light stimulating the retina. A phosphene can be produced by focusing on a source of light for a short period of time.

Practicing Qigong with the phosphenes

If you practice facing the sun, you can produce phosphenes by focusing on the sun through a piece of fabric for one or two seconds.
Always take your glasses or contacts off when you do phosphenes with the sun. They could have the same effect as a magnifying glass and cause burns on your retina.
You can break your session down in two parts:
First, practice the Qigong exercise as usual, but during the presence of the phosphene.
Then, practice the exercise again mentally during the presence of the phosphene. This way, you will work with the myophene, the equivalent of the phosphene that corresponds to muscular activity.