According to Dan Brown's latest Gospels, Man would be a god, without knowing about it. The symbol that can teach that knowledge to mankind, after a high-dosage absorption of tens and tens of symbols, is a point in the middle of a circle… the circumpunct… It reminds of the alchemical symbol for gold, the symbol of the sun and the bindi, the incarnation of the third eye, a point that certain Hindus paint on their foreheads. The circumpunct is thus the symbol of symbols.

The third eye, eye of Shiva, is the name given to the phosphene in the East. It is of particular interest to us.

It belongs to the inter-hemispherical commissures that connect our two cerebral hemispheres. Each hemisphere has a different purpose, and information is shared with the intermediary of these commissures.

The left hemisphere, devoted to language is the dominant hemisphere, analytical, precise, it prefers details. It permits happiness and optimism. It provides the notion of TIME.

The right hemisphere provides the notion of SPACE; it is the creator, the dreamer, the emotive, the fearful, the melancholic, the pessimist, the intuitive, and it apprehends all situations. It contains more white substance, the axone of its neurons are longer and thus can connect more scattered neurons, with the possibility of activating more cerebral modules; on the other hand, the left hemisphere contains more grey substance, the cellular body of nervous cells. It is more adapted to performing complex and meticulous tasks.
It is worth noting that the male brain contains more white substance than the female brain. That results in a greater capacity for adapting to the outside world.

The phosphene with the point of concentration on the third eye is the reflex point of the anterior white commissure and of the two hypothalamuses (that regulate our homeostasis). It is the famous Inn Trang of Chinese acupuncture.

That commissure connects the deepest zones of the two temporal lobes that are the seat of our primary emotions.

The definition of emotion is “a movement towards the outside” that can be felt by one's entourage and, as such, belongs to the “means of communication”.

How can we not give credence to the possibility of self-influence and of influence on others through the medium of the point of concentration.

Our emotions result from our: sensitivity, sensoriality. When sensitivity is the starting point of our feelings, sensoriality goes directly to our consciousness. It is the localization of our self.

Our primary emotions are also our capacity for taking decisions.

From the moment of our birth, we are programmed to answer in a automatic and instinctive fashion to emotions provoked by inner and outer stimuli. They are the primary emotions.
That has allowed our species to follow its path, phylogenesis at the service of ontogenesis, and the characters are transmitted from generation to generation. The anterior white commissure connects the two temporal lobes: time and space.

Let us compare with the projections of the secondary emotional areas, those that are engraved in memory during the development of the self. It would be easy to localize the reflex projections by wearing a kippa, like the Orthodox Israelites. The purpose of the kippa is to show that they are not God, to cut the individual from the higher energy that reaches the top of the cranium and influences, not the epiphysis (that is sclerosed as soon as we become adults) but the underlying nervous ganglions of the habenula.

If we cut the main inter-hemispherical connections located in the callous body, primary emotions can still go through a secondary route: the anterior white substance and circulate freely.

It was discovered by Gazzaniga and Joseph Ledoux, thanks to special contact lenses, designed by Eran Zaidel, that can direct an image toward one side of the retina. Consequently, it is possible to send detailed information separately to each hemisphere. It is very easy to find an analogy with Dr Lefebure's cerebroscope, though with an important difference, the use of vibratory alternation. However, it should be noted that one of our eyes is devoted more to seeing, when the other one serves more for localizing ourselves in space.

Our research and our experience allow us to claim that the point of concentration can regulate the etheric body.

I feel I need to mention the result of the works and experiments conducted by Charles Lancelin between 1911 and 1920, that he relates in a marvelous little book: ‟The Human Soul”.

While vision follows a cross, the sense of smell, on the other hand, does not present a similar crossing of the connections to the hemispheres. That is important if you take into account the fact that rhythmic breathing exercises have a potent action on the awakening and the development of spirituality.

Indeed, the nose is placed in the middle of the face, like the point in the middle of the circle. That importance is also stressed by the fact that our early scientists gave number one to the cranial nerve responsible for the sense of smell and number two to the one that is devoted to vision… 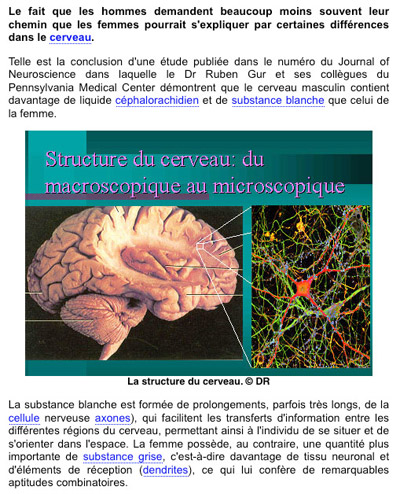 You, too, can practice Phosphenism

and learn how to transform
the energy of light into mental energy.